Stocks experienced another volatile ride on Monday before finishing with a modest gain, as investors tried to rally the market from a 4-week, 15% slide. On Tuesday, the Dow soared over 300 points despite a lack of positive economic news. While seemingly paradoxical, the possibility that poor economic news will lead to the easing of monetary policy by the Fed sometimes leads to a “bad news equals good news” investing mentality. Stocks continued up strongly on Wednesday, as gold fell abruptly from its recent high to below the $1800 an ounce mark. The market gave back some of its weekly gains on Thursday with a sizeable loss despite Warren Buffett’s decision to invest $5 billion in Bank of America, as investors are having doubts that Fed Chair Bernanke will enact quantitative easing in the near future. Another wild ride on Friday eventually led to big gains on Friday as Bernanke gave encouraging words for the economy while not announcing any additional stimulus plans.

Stocks broke a horrendous 4-week slide with a strong bounce back this week.
[table id=25 /] 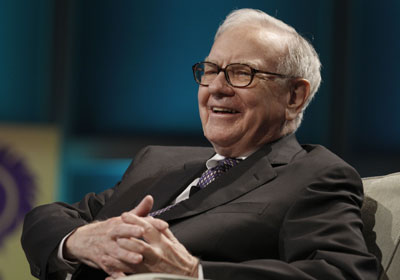 An uptick in merger activity on Monday propelled stocks upward, as the Dow gained back all the losses from the S&P US debt downgrade on August 5. Stocks slid about a percent on Tuesday on disappointment over how European officials plan to solve their debt woes. On Wednesday, the markets were largely unchanged despite several companies such as Target and Staples posting positive earnings reports. Fear returned once again on Thursday, causing a 400+ drop in the Dow following a host of negative US economic reports. Gold hit an all-time high at more than $1800 an ounce. On Friday, stocks made early gains in the morning before dropping another 1.6%, as the threat over a double-dip recession seems to be growing.

Stocks had another difficult week, with small cap stocks once again being battered more than large-cap stocks.

U.S. investors who sold stocks in their retirement accounts during market volatility in 2008 and 2009 did worse than those who stayed in stocks, according to Fidelity Investments.

Participants in 401(k) savings plans who dumped stocks from Oct. 1, 2008 to March 31, 2009, when the S&P 500 Index fell 31 percent, and hadn’t returned to stocks as of June 30, 2011 had an average account balance increase of only 2 percent, according to the study released today. Those who maintained some stock allocation during that period saw their balances rise 50 percent on average.

“Staying the course does prove to be an effective strategy in the long term,” said Beth McHugh, vice president of market insights for Fidelity Investments. “Any move can have a dramatic long-term effect.” 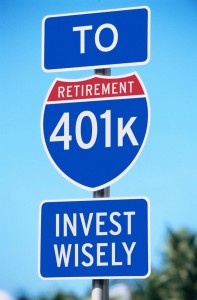 On Monday, stocks reacted most unfavorably to the S&P decision to downgrade US debt to AA+ from AAA+ the previous Friday, as the S&P 500 index dropped almost 7%, and the Dow dropped below 11000. Investor panic caused volatility to spike to its highest level since the “Flash Crash” of May 6, 2010. While the volatility remained on Tuesday, stocks eventually soared on a roller coaster day that saw the Dow swing 600 points throughout the day. A Fed statement that interest rates would remain low through mid-2013 initially sank stocks, but the major indexes recovered with a bang in the final hour of trading. These gains, however, were wiped out and more on Wednesday with a 520 point loss for the Dow over concerns regarding French banks and European debt. It was the third consecutive day that the Dow experienced at least a 400 point move. On Thursday, stocks screamed up once again, as the Dow set a record for most consecutive 400+ point swings. Stocks settled some on Friday, as volatility and large intraday swings subsided on a lower volume day with the Dow gaining 125 points.

Despite the fall-out from the S&P debt downgrade and the extreme volatility, the markets lost a relatively small amount this week, with large-cap stocks faring better than small-cap stocks.

60% of 401(k) investors in their 20s and 30s own little or no stock according to a 2009 survey from EBRI.  This is exactly opposite of what they should be doing! They need to take on more risk. Young investors won’t tap their retirment funds for many decades.  They should have most of their capital invested in stocks.

30% of 401(k) investors over 40 have more than 20% of their money invested in company stock.  This is risky behavior because stock porfolios should be broadly diversified across many stocks, not just one.  Also, you don’t want extra exposure to your employer’s stock because you already have plenty of financial exposure since they pay your salary.

Stocks finished modestly down on Monday despite cautious optimism that Congress would pass a debt ceiling resolution before the Tuesday default deadline. Also contributing to the decline was a US manufacturing report indicating that manufacturing slowed to its lowest rate in two years. With the debt ceiling issue temporarily dealt with, investors began to focus on the growing suspicion that the US economy is faltering once again. The Dow fell for the eighth consecutive session with a 265 point loss and the S&P 500 turned negative for the year on Tuesday. The major indexes finally broke their losing streak on Wednesday with a late day rally. On Thursday the S&P 500 experienced its worst one-day drop since February 2009 as investors fled in fear to the sidelines. The S&P 500 has lost nearly 11% in the last 10 trading days. On Friday, a better than expected jobs report sparked an early morning rally that quickly faded by noon, sending stocks deep into the red. However, after a roller coaster afternoon, the market finished near the unchanged mark for the day.

This was the worst week for stocks in more than two years when the country was in the midst of the Great Recession. Small cap stocks fared far worse than their large cap counterparts.
[table id=22 /]

The employer’s matching contribution in a 401(k) retirement account is essentially free money. However, after reviewing 2 million portfolios in 2010, Financial Engines discovered that only 39% of participants were saving enough to get the full employer’s match. This is particularly prevalent for people in their 20s and 30s.

Here’s a happier trend.  People who seek professional financial advice tend to save more for retirement.  A survey by Schwab in 2010 showed that 70% of people who received advice increased their saving rate to average of 10% of their pay.