As expected, the Congress supercommittee assigned to cut the US deficit announced their failure to reach an agreement on Monday, sending stocks tumbling. This raises the specter of another US debt downgrade in the near future. On Tuesday, the Dow crossed back into negative territory for the year after a downward revision in the third quarter GDP reading from 2.5% to 2.0%. Investors headed for the exits on Wednesday, both literally and figuratively, as stocks fell another 2% prior to Thursday’s closure in observance of Thanksgiving. While stocks began Friday positive, the optimism faded later in the holiday-shortened trading day with the major indexes adding to their already large weekly losses.

This was the worst Thanksgiving week performance by the stock market since the holiday began to be officially observed in 1942. [table id=38 /]

An oil terminal fire in Misurata, Libya, in May.

Potential investors often wonder is better to go with a big-name company. Shouldn’t bigger investment firms give better advice? After all, they are big, powerful, and knowledgeable – the best of the best, right? But what is the outcome of their work?

Baltimore-based investment giant Legg Mason managed $300 million for a Libyan investment fund (New York Times article). From January 2009 through September 2010, Legg Mason charged their big client $27 million in fees. But Legg Mason did a lousy job losing 40% during this time period! This is yet another example of Wall Street making tons of money regardless of how they perform.  People were paid millions of dollars in fees and delivered sub-par returns.

How did the little guys do for comparison? At NorthStar Capital Advisors, our relatively conservative portfolio of 50% stocks and 50% bonds gained 16% from January 2009 through September 2010.

Instead of being swayed by the slick marketing and unrealistic expectations often created by large well-known firms, most investors would be better off with a balanced portfolio of stocks and bonds with reasonable rates of returns.

Bigger is not necessarily better when it comes to investing.  In fact, it’s often just the opposite.

Stocks started the week Monday on a down note as Italian 10-year bond rates moved toward the key 7% mark. On Tuesday, tech stocks led the way up on news that retail sales rose and US wholesale prices fell in October. The Dow slid nearly 200 points on Wednesday on concerns over Europe debt and impending gridlock in Congress to cut the US deficit. The concern over the US’s debt negotiations accelerated on Thursday, and a warning from the Fed about how European debt can affect US economic growth pushed stocks down further on Thursday. On Friday, the market recovered slightly, though trading volume was light. [table id=37 /] 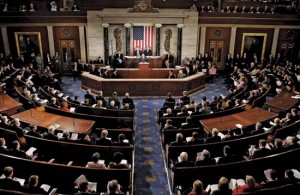 Did you know that insider trading laws do NOT apply to members of Congress? It is completely legal for them to buy and sell stocks based on non-public information learned through their congressional activities.

Members of congress have daily access to non-public information. For example, say you serve on the health care committee which decides that Medicare is not going to pay for a certain type of drug. That’s market moving information. You can trade on this before it’s public knowledge and do so legally.

During the health care debate of 2009, members of congress were trading health care stocks and making money this way. During the financial crisis of 2008, members of congress got private notifications of the potentially apocalyptic outcomes. In the melt down, it was revealed that Spencer Bachus of Alabama, the Head of the Financial Services Committee in the House of Representatives today, shorted stocks after a meeting and profited handsomely from it. Here’s how Andrew Brietbart described it:

While Congressman Bachus was publicly trying to keep the economy from cratering, he was privately betting that it would, buying option funds that would go up in value if the market went down. He would make a variety of trades and profited at a time when most Americans were losing their shirts.

60 Minutes profiled insider trading in Congress. Watch it and you’ll be shocked and outraged.

Sen. Scott Brown, R-Mass., introduced the Stop Trading on Congressional Knowledge (STOCK) Act of 2011, which would prohibit members or employees of Congress, as well as executive branch employees, from using non-public information obtained through their public service for investing or any attempt at personal financial gain. But don’t expect this to go anywhere. Why would the rule makers take away such a profitable option from themselves?

The S&P 500 index rose into positive territory for the year on Monday after a late-day rally precipitated from reports from Europe about a bailout plan. On Tuesday, news that Italian PM Silvio Berlusconi would step down in 2012 propelled stocks upward. The bottom fell out of the market on Wednesday as volatility raised its ugly head once again, causing the S&P 500 to slip negative for the year. Stocks gained back some of Wednesday’s losses on Thursday, as a new jobless claims report indicated that the US job market may be healing. The upswing continued on Friday as the turnover at the top of Italy’s and Greece’s political chain seemed to calm investors. [table id=36 /] 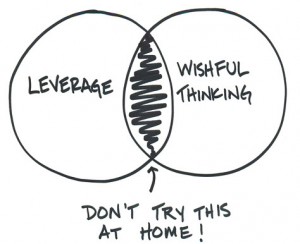 During the housing boom, Carl Richards, a financial adviser, made the same mistakes he warns people to avoid.  A bad combination of leverage and wishful thinking led to the Richards Family losing their home.  According to Carl, “I should have known better.”  The New York Times story written by Carl is a must-read.

Stocks finished the month of October with a large loss as the familiar fear over European debt returned. Still, October was the third best month for the Dow in its 115 year history. The Dow dropped another 300 points on Tuesday on news that Greece still planned a referendum on the European plan to bail out Greece. The market received some relief on Wednesday with a rally in response to Fed Chair Bernanke’s statement that the Fed is ready to enact further ease monetary policy if the US economy fails to grow. On Thursday, stocks logged another 2% gain following news that the bailout referendum in Greece was canceled. A favorable US jobless claims report also contributed to the uptick. The week ended on Friday with a modest loss as the US unemployment rate declined slightly to 9% from 9.1%. [table id=35 /] 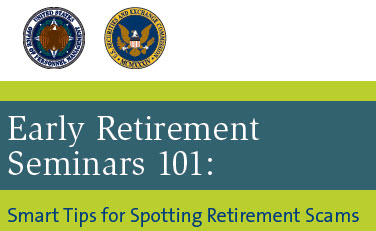 There’s a tremendous appeal to retiring early and scam artists know it.  You may even receive an invitation to an “early retirement seminar” replete with flawed or fraudulent investment pitches.  The SEC has written a new guide to help you avoid potential scams like this.

To learn more, go to www.sec.gov/investor/alerts/earlyretirement.pdf