On Monday the major indexes were mixed with minor deviations from last week’s closing values, as investors have some concern over the rise in costs companies are experiencing. The S&P 500 hit a nearly 3-year high on Tuesday on positive earnings reports from 3M, Ford Motor, Caterpillar, and Cummins. Wednesday was a landmark day for several of the major indexes. The small-cap Russell 2000 became the first major index to recover all of its losses from the 2008-2009 stock decline to close the day at an all-time high. The NASDAQ closed at its highest mark since 2000, and the S&P 500 closed at a mark more than twice its low mark in March 2009. Continued positive earnings reports coupled with the Federal Reserve’s plan to not raise interest rates in the near future propelled stocks up once again on Thursday. The trading month ended on Friday with another gain for stocks, as optimism in the recovering US economy continues to swell. The small-cap Russell 2000 is now 152% above its low set in 2009.

Once again, it was a good week for stocks.

Did you know that one in 10 financial advisers in the U.S. have been involved in at least one customer dispute?  How do you know your adviser is not among this group?  There’s a new, free tool,  BrightScope Advisor Pages, to help you find out.  Learn more about it in the following article.

Finding Red Flags in Your Adviser’s Recordhttp://finance.yahoo.comBrightScope, a firm that rates corporate 401(k) plans, this week launched BrightScope Advisor Pages in an effort to facilitate comparison among registered investment advisers (RIAs) and broker-dealers. The service aims to give consumers free, in-depth profiles of 450,000 financial advisers, with…

Monday kicked off the week on a down note with a 140 point drop in the Dow as Standard and Poor’s cut its view of US debt from stable to negative. The market gained back about half of its losses on Tuesday on news that Dow heavyweight Johnson & Johnson issued a better-than-expected earnings report. On Wednesday, additional good earnings reports from companies such as Intel, Citigroup, and Apple sent stocks soaring into positive territory for the week, as investors seemed to have forgotten the recent downgrade in US debt. Stocks finished the week on Thursday with another gain at its highest close since June 2008 as more good earnings reports outweighed some mediocre business index and jobless claims news. The stock market was closed on Friday in observance of Good Friday.

It was a positive week all-around for the major indexes.

﻿Wealth accumulation is not just a matter of how much one earns, but how much one keeps. Very often we find that the best investors really are the best savers.

L﻿earn more in this MarketWatch article from Jennifer Waters. 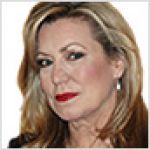 Wealth is what you save, not what you spend – MarketWatchhttp://www.marketwatch.comAnd they’re not big spenders. In fact, most of those with big bucks live well under their means — think about Warren Buffet still living in that modest Omaha home — and they put their money instead toward investments that help them stockpile more wealth.

The major indexes finished mixed on Monday prior to the kickoff of the first quarter 2011 earnings season. After hours, Alcoa beat expectations for earnings but disappointed on sales growth. On Tuesday both the market and crude oil fell sharply on concerns that raw materials are becoming too expensive to allow the recent economic growth to continue. On Wednesday tech stocks led the way on an otherwise largely unchanged market that failed to respond to President Obama’s plan to cut the US deficit by $4 trillion over the next 12 years. A negligible increase in stocks on Thursday resulted after an early-day slump was erased in the afternoon on news that the US House of Representatives approved the funding for the rest of fiscal year 2011. On Friday, stocks had their first good day of the week, as good news on consumer sentiment, inflation, and regional manufacturing more than offset disappointing earnings by Google.

The major indexes lost ground again this week as the market searches for direction.

Five ways in which a fund’s impressive record vs. peers may not realy indicate much:

Learn more about how common measures of mutual-fund performance sometimes tell you a lot less than you might think in this Wall Street Journal article from Michael A. Polluck.

Mutual-Fund Performance Numbers May Tell You Less Than You Might Think – WSJ.comhttp://online.wsj.comSome of the most common investor tools—from numbers of stars to comparisons with benchmarks—have quirks and limitations that can render them far less helpful than people think.

On Monday the Dow closed at its highest mark since June 2008, although the NYSE composite volume was the lowest of the calendar year. On Tuesday, the major indexes finished effectively unchanged on light volume once again, with no new material revealed in the minutes of the most recent Fed meeting. The Dow hit another recent high on Wednesday, as news that several European banks were raising capital propelled the market to another winning day. While a better-than-expected initial jobless claims report initially helped markets on Thursday, a new 7.1 magnitude earthquake in Japan sent the Dow plunging 100 points, although the lack of any significant additional damage allowed the markets to crawl back to near the unchanged mark. On Friday, the imminent midnight shutdown of the federal government spooked investors, although losses on the day were relatively modest.

Most of the major indexes lost ground this week, although the losses were relatively minor.

The Wall Street Journal on the 5 things everyone needs to know about his mutual fund — from hidden fees to manager investment:

Five Things You Should Know About Funds – WSJ.comhttp://online.wsj.comThe people who sell you mutual funds will tell you various things about them. They’ll tell you about the fund company’s great reputation. The fund’s impressive “stars” and the awards it’s earned. The terrific one, three or five-year track record.

On Monday, further signs of a gradually improving economy emerged with positive consumer spending, personal income, and pending sales of existing homes reports, but the morning gains evaporated to a slight loss as the day progressed. Stocks bounced back on Tuesday with a moderate gain, closing at their highest levels since violence broke out in Libya on February 18. On Wednesday another moderate gain pulled the Dow to within just 40 points of its 2011 high, as Mideast/North Africa concerns seem to be failing to dampen the optimism in the stock market. The market took a small step back on Thursday, but ended the first quarter of 2011 with its best performance for a first quarter since 1999, remarkable give the Japan tsunami/nuclear reactor and political tension issues in March. On Friday, stocks marched ahead again as the Dow set a 2011 high while touching a nearly 3-year high intraday. The charge resulted from a downtick in unemployment to 8.8% and a better-than-expected nonfarm payrolls report.

It was a good week for stocks, but the big story was the conclusion of a very successful first quarter on Thursday.