Monday kicked off the week with jitters over the lack of agreement between Democrats and Republicans on how to deal with the August 2 deadline to raise the debt ceiling to avoid an unprecedented default on the part of the US. Still, losses were curtailed to less than a percent despite the doubt. Stocks dropped again on Tuesday as the debt debate war raged on, although low volume is indicating that investors are unsure of how to react to the situation. Selling accelerated on Wednesday as investor sentiment is that a debt rating downgrade from AAA by S&P or Moody’s may be a foregone conclusion. On Thursday much of the same concern led stocks down again for a moderate loss despite being well into the black earlier in the trading session. On Friday the Dow made it 0 for 5 for the week and six straight losing sessions following news that the initial estimate for the second quarter GDP reading came in at a disappointing 1.3%.

While all the indexes were down significantly this week, it is a bit surprising the damage was not worse given the grave circumstances concerning the nation’s debt deadline.

Do you imperil your nest egg?

Be aware of these potential ways to sabatage your nest egg.  Learn more in this article:

Many Investors Are Their Own Worst Enemyhttp://online.wsj.com/article/SB10001424052748704187604576289423032987988.htmlWhen investments don’t pan out, investors often complain about their financial advisers. But there’s another side to that story: Advisers say investors are often their own worst enemies. And the pros have no shortage of stories about misguided investment behavior to back that up.

The market took another step down on Monday on continued Europe-debt concerns as well as uncertainty in the US debt ceiling debate. On Tuesday, the Dow had its best day of 2011 with a 200 point surge on positive earnings reports from IBM and Coca-Cola and optimism over the “Gang of Six” plan to raise the US debt ceiling. The optimism was short-lived though as stocks were effectively unchanged on Wednesday, despite a surprisingly strong earnings report from Apple. On Thursday the Dow posted another 150+ point gain as US debt negotiations between the President and Congress seemed to be making progress. The major indexes were mixed on Friday as a glum earnings report from Caterpillar offset an agreement concerning Greek debt.

The major indexes made positive strides this week despite debt ceiling concerns.

Beneficiary designations are becoming an increasingly common option for bank, brokerage and retirement accounts, plus a wide range of financial products.  This is important and convenient but can create a mess for your heirs.

Here’s the problem:  beneficary designations override your will.

You need to carefully coordinate these beneficiary designations with your overall estate plan.

Most Common Mistakes in Naming Beneficiaries – WSJ.comhttp://online.wsj.comThink your estate planning is done once you’ve gone to the trouble of making a will? Think again. All your hard work can be undone with a stroke of a pen when you open a bank, brokerage or retirement account.

The market fell over a percent on Monday on renewed concern over European debt and the lingering effects of last Friday’s poor jobs report. On Tuesday stocks lost ground again following Moody’s Investor Services downgrade of Ireland’s credit rating to “junk”. The major indexes rebounded on Wednesday on remarks by Fed Chair Bernanke stated that the Fed would be ready to respond with further quantitative easing if the economy fails to respond in the near future. On Thursday, stocks sunk once again after Bernanke said that the Fed is not considering any further bond-buying programs. The market rebounded on Friday after Google announced a huge jump in quarterly profit, as investors used the good news to overlook the Standard’s and Poor warning that US debt might be downgraded. The Dow finished the week negative for the eighth time in the last eleven weeks.

All the major indexes lost significant ground this week.

Think the roster of mutual funds in your 401(k) was selected because they represent the best options?  Think again! Very often the decision is biased by payments between fund companies and the firms that package the 401(k) plan:

Exercise caution when deciding which funds to use in your 401(k).  Have questions or concerns?  Send your questions to info@nstarcapital.com and we’ll do our very best to help. 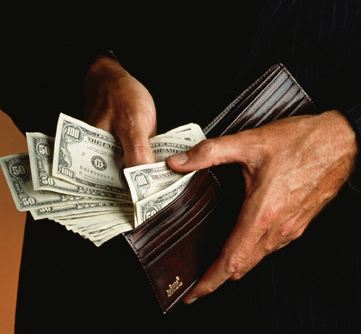 The markets opened the holiday-shortened week on Tuesday with a slight loss for the Dow and S&P 500, as the five-day winning streak from last week was broken. On Wednesday, stocks edged up despite a downgrade of Portugal’s debt to “junk” and a rise by 0.25% of China’s lending rates. The Dow came within 100 points of its 2011 high on Wednesday in reaction to positive retail sales and manufacturing reports. However, on Friday a very disappointing June jobs report, where only 18,000 jobs were added to the economy and unemployment creeped up to 9.2% weighed stocks down considerably. But despite a large gap down in the morning, stocks finished with only a moderate loss.

Design your “Death Dossier” soon or you could be setting up your heirs for frustration and financial pain:

Documents You Need Before Deathhttp://finance.yahoo.com/focus-retirement/article/113073/documents-need-before-death-estate-plan-wsjIt isn’t enough simply to sign a bunch of papers establishing an estate plan and other end-of-life instructions. You also have to make your heirs aware of them and leave the documents where they can find them.

Stocks soared on Monday following news that new international requirements on the amount of capital so-called “too-big-to-fail” banks need to keep on hand were less stringent than originally expected. On Tuesday, the Dow had its biggest gain in over two months as investors rejoiced over a potential resolution to Greece’s debt crisis. US home prices also rose for the first time in eight months. Stocks advanced once again on Wednesday, with Greece passing a controversial austerity measure as a first step to calm default concerns. On Thursday, the second quarter ended with a fourth consecutive win. Still, the markets took a sizeable hit this quarter, despite the recent rally. Friday kicked off the new quarter with another huge gain to finish the week five-for-five, with a very positive manufacturing sector report for June indicating a pick-up in economic activity.

It was a stand-out week for all the major indexes, with large gains registered across the board.

The U.S.financial markets will be closed Monday, July 4, 2011, in observance of Independence Day.