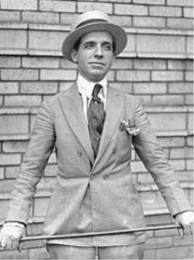 A Ponzi scheme is a fraudulent investment operation that pays returns to its investors from their own money or the money paid by subsequent investors, rather than from any actual profit earned by the individual or organization running the operation. The scheme is named after Charles Ponzi, who became notorious for using the technique in 1920 (see photo).

People often don’t realize Ponzi schemes happen everywhere and all the time.  Take for instance Bruce Kramer and his company Barki, LLC based in Mint Hill, North Carolina.  This small town is just outside of Charlotte, NC and not far from the headquarters of our firm, NorthStar Capital Advisors. The Charlotte Observer broke the story on May 29, 2009:

In January, with the economy tanking and Bernard Madoff’s $65 billion scam unraveling, Bruce Kramer met a nervous investor for lunch at Hawthorne’s pizzeria in Mint Hill.

The investor, a Charlotte consultant who had invested several hundred thousand dollars with Kramer’s foreign currency exchange firm in Cabarrus County, wondered if the money was safe. Kramer reassured him it was, recalled the investor, who asked not to be identified to protect his family.

Kramer then thanked him for lunch and drove off in a new $90,000 Maserati.

A month later, Kramer shot and killed himself. Court documents allege he swindled $40 million from 80 clients and spent much of it on luxury cars, a racehorse, art and extravagant parties.

Two days ago the U.S. District Court issued a default judgment against the late Bruce Kramer and his company ordering more than $40 million in fines and restitution. (see $40M judgement ends Ponzi case in the Charlotte Observer).