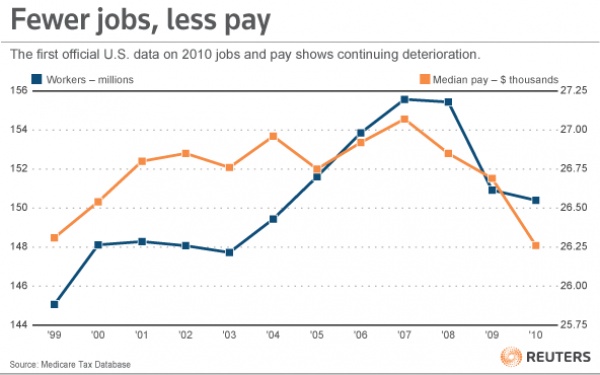 The latest data on employment and wages are out and it’s not good:

The figures from payroll taxes reported to the Social Security Administration on jobs and pay are, in a word, awful.

The number of Americans with any work fell again last year, down by more than a half million from 2009 to less than 150.4 million.