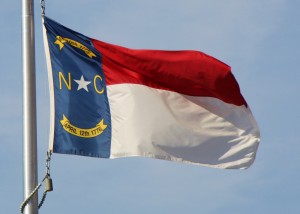 The fifty largest publicly traded companies headquartered in North Carolina fared very well overall in the 2013 stock market.  The Tarheel group gained 28.3%,  comparable to the 29.6% put up by the S&P 500.

Note the 2013 returns were much larger than the long-term average.

North Carolina’s 50 largest publicly traded companies, excluding companies that went public during the year. They are in order by annual revenue.