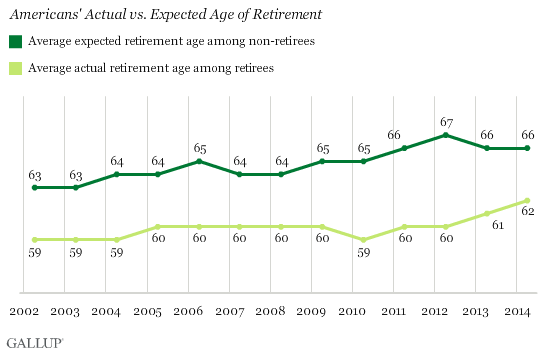 The average age at which U.S. retirees report retiring is 62, the highest Gallup has found since first asking Americans this question in 1991. Current expectations for retirement have increased to age 66, up from 63 in 2002.

Why is retirement age on the rise?