The Social Security Administration on Wednesday announced a 1.7% annual cost-of-living adjustment, or COLA, for the nearly 64 million Americans who receive federal retirement or disability benefits. The increase would result in about a $22-a-month increase for the average retiree. Increases have been between 1.5% and 1.7% for three straight years.

The benefit increase in 2015 matches the 1.7% gain in consumer prices in September, compared to a year earlier, according to Labor Department data also released Wednesday. 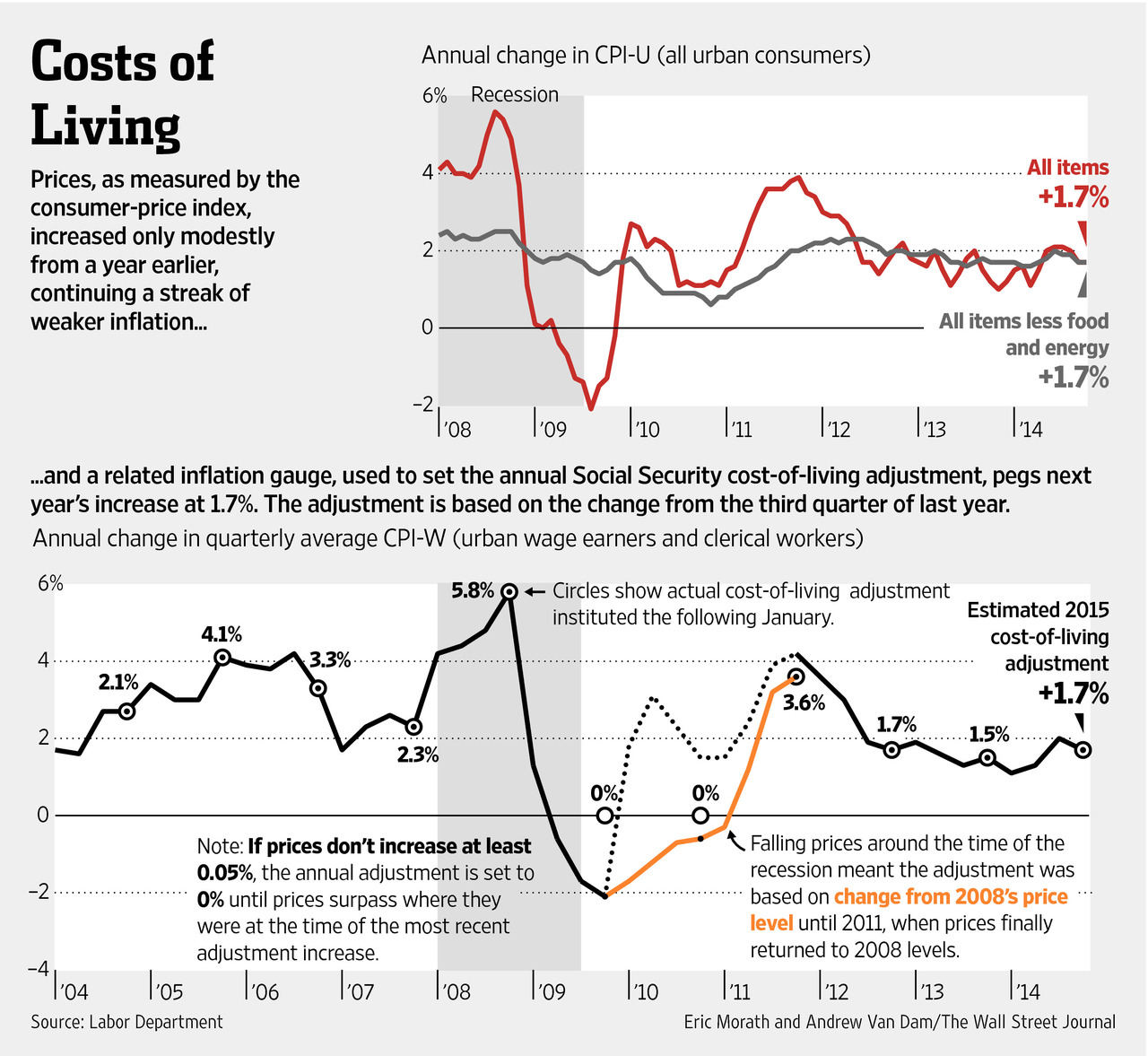