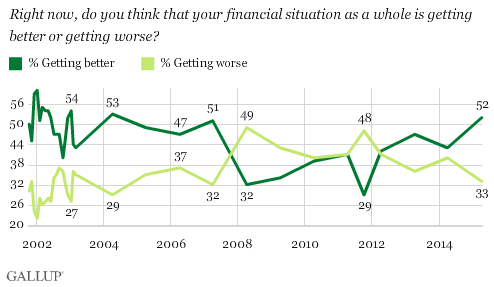 A majority of Americans, 52%, say their financial situation is “getting better,” the highest percentage to say this since 2004. It is also the first time since the recession that this sentiment has reached the majority level.

These data are from a Gallup’s annual Economy and Finance survey, poll conducted April 9-12. The percentage of Americans saying their situation is getting better rose nine percentage points from last year.