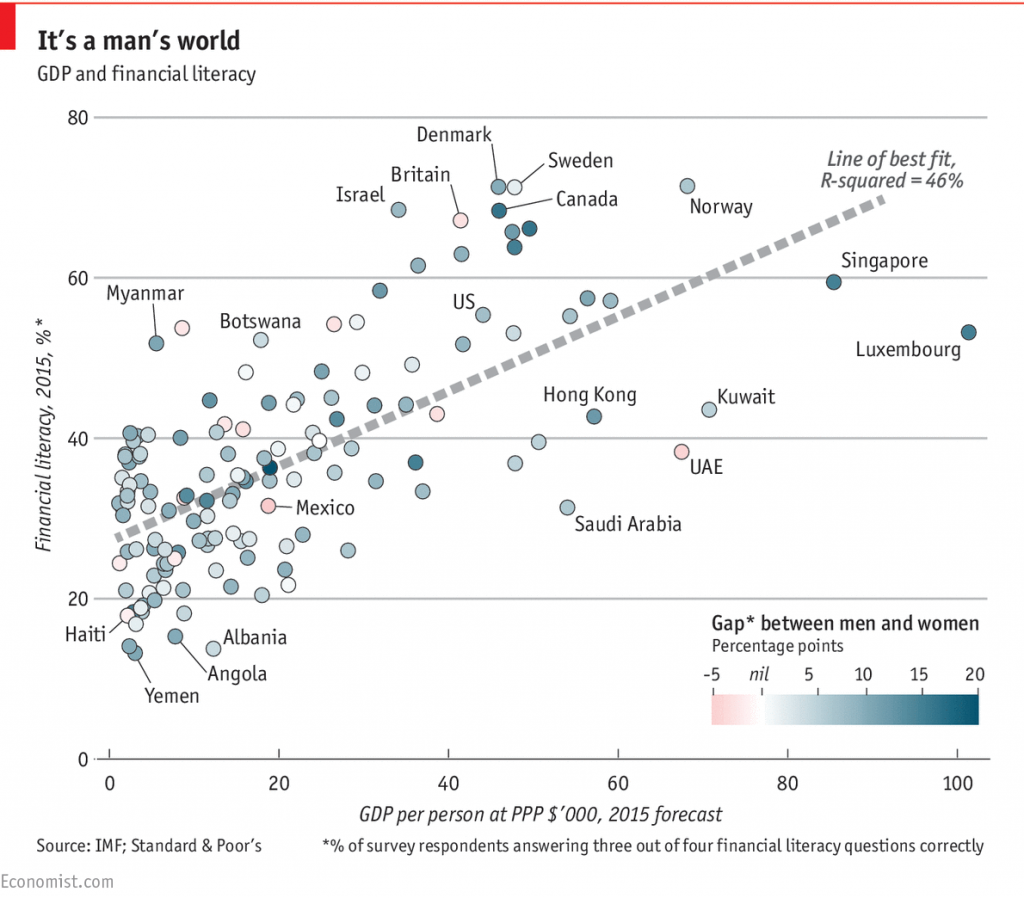 The scatter plot above charts the global relationship between Gross Domestic Product (GPD) per person (horizontal axis) versus financial literacy (vertical axis).  Each dot represents one of the 93 countries surveyed.  The color of the dot encodes the gender gap between the financial literary of men and women in each country (deep blue =  men score 20% higher than women; dark pink = case where women score 5% higher than men; white = case where men and women are the same).