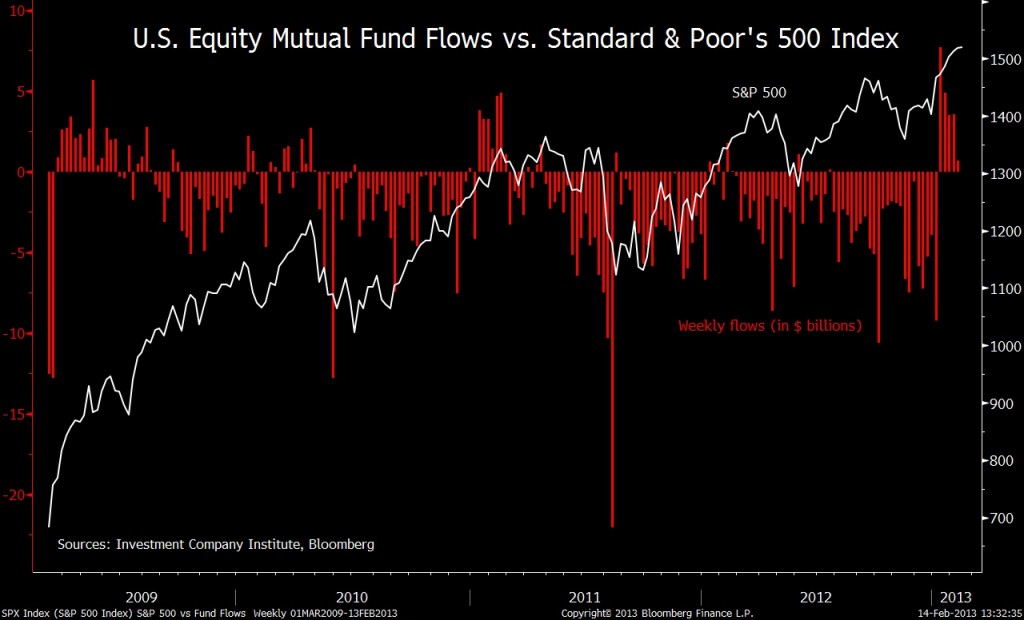 The S&P 500 has more than doubled since March 2009 but individual investors have been selling stocks almost the entire time!

In January 2013, equity funds took in $19.6 billion. This was the largest inflow since ICI started tracking the data six years ago. During the prior 4 year rally, outflows exceeded $435 billion.

This is a very visual example of how emotions can wreak havoc on an investor’s ability to build long-term wealth.  Investors allowed fear to control their investing behavior and entirely miss this 4-year bull run.