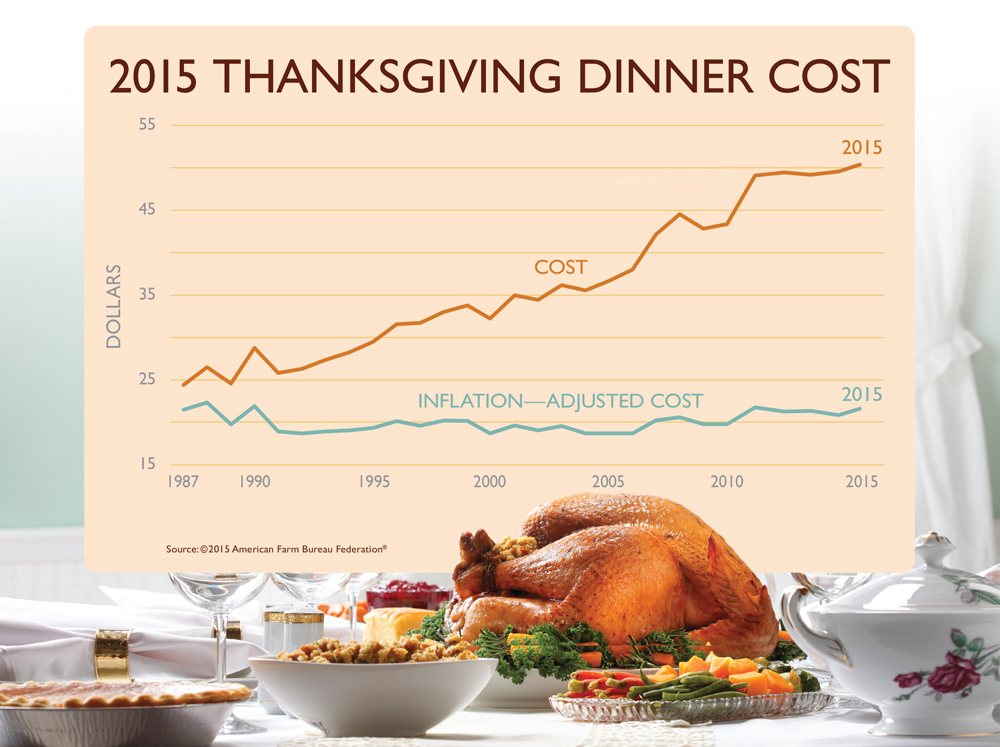 This year’s turkey dinner will cost you an extra $0.70 or 1.4% compared to last year. The average cost of a classic Thanksgiving Dinner for 10 people is $50.11 according to the American Farm Bureau Federation’s survey. The relative price stability of the turkey index mirrors the government’s Consumer Price Index for food eaten at home which increased 0.7% compared to last year.

The bird soaks up the lion’s share of the budget at 46% of the meal’s cost. The 16-pound turkey came in at $23.04 this year or $1.44 per pound. The biggest year-over-year change on a percentage basis was milk which cost decreased 13.6% year-over-year. The turkey contributed the biggest percentage and dollar increase at +6.4% and $1.39.

The average cost of a turkey dinner has hovered around $49 since 2011. This year’s survey totaled over $50 for the first time since the survey began 30 years ago.