The New Year selloff in stocks has captured a lot of attention because,

But despite perception, double-digit declines from prior highs are the norm, not an anomaly.  It happens two out of every three years.

Here are great points of reference to put this market event into context:

The following chart provides a great visual on how intra-year drawdowns are normal. 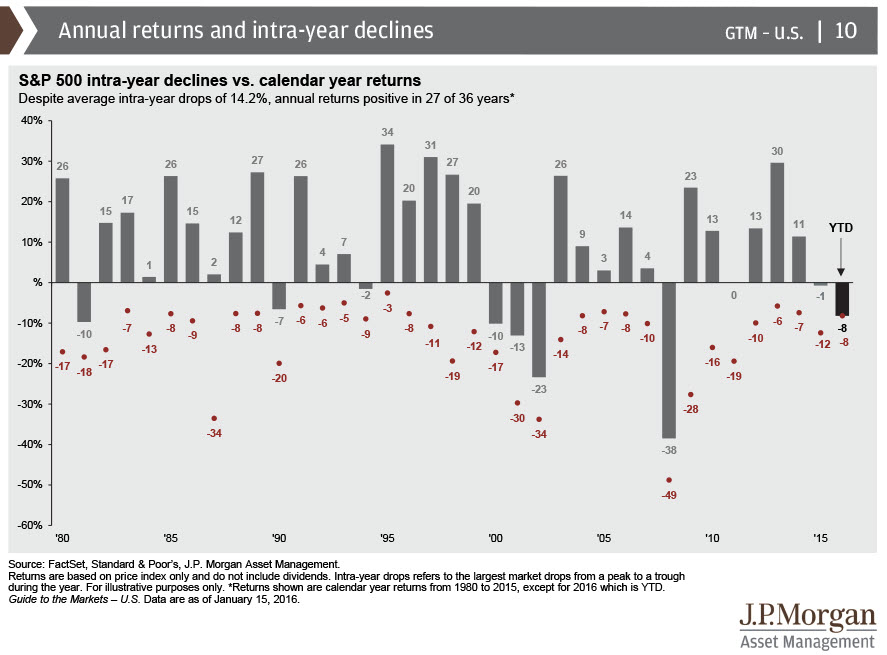