HBO’s “Game of Thrones” returns to the air for its sixth season on April 24th.  This unfolding epic entertains and provides a guide to the do’s and don’ts of estate planning.

Check out these 10 lessons as shared by Wealth Management. (SPOILER ALERT: several of these involve major plot points from all five seasons of “Game of Thrones.” Proceed at your own risk.) 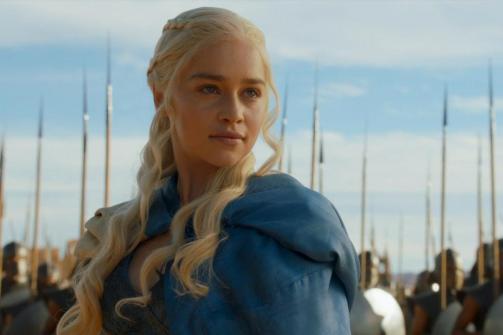 1. Taking Inventory of Your Assets Is a Good Place to Start
Working with an advisor to periodically evaluate your assets saves time and frustration down the road. Daenerys Targaryen, the last Targaryen alive, while almost always cash-poor, has collected some very valuable assets over the course of her journey, not the least of which are her dragons. 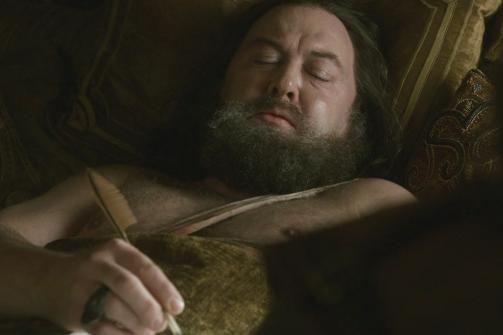 2. DIY Wills Aren’t the Answer
There are many lessons people can take from Robert Baratheon (conquerors don’t make good kings, alcoholism can kill, etc.), but perhaps the most important: Don’t allow attempt to write your will yourself. It’s too easy to make a big, costly mistake. In Robert’s case, when writing the will, Ned Stark replaces “My son Joffrey” with “my heir” because the king’s eldest son is actually a bastard. The will, and Ned Stark’s subsequent actions, tip off a struggle for the throne that costs the lives of thousands. 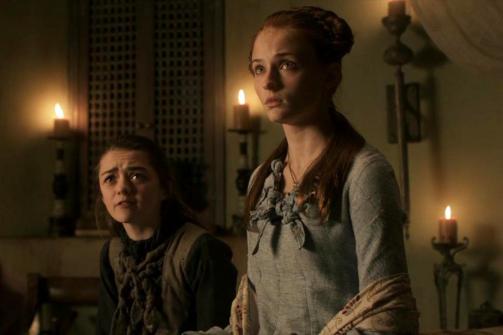 3. Don’t Stop With a Will
A simple will is probably not sufficient in terms of a complete estate plan. Consider developing and funding trusts for your children to ensure they’re taken care of in the future. Had Ned Stark done so before he died, his daughters Sansa and Arya would’ve been at least financially secure. Instead, Sansa is left at the mercy of the Lannisters for years and Arya has to travel through the war-ravaged countryside on her own. 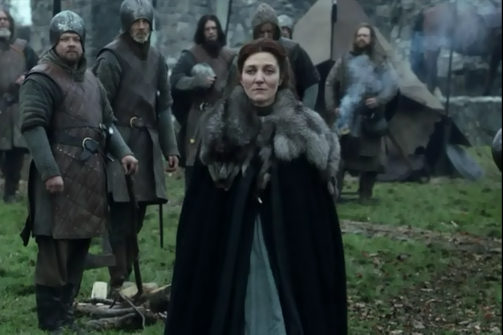 4. Assign More Than One Trustee
Since every trust must have at least one trustee, it’s a good idea to name successor trustees in your will, in case the original trustee passes away. Take, for example, the Stark family. Following Ned Stark’s death, his wife Catelyn was in charge of the children, scattered as they were. But her death, along with the heir Robb Stark’s death at the “Red Wedding,” means no one is watching out for the remaining Stark children and their assets. 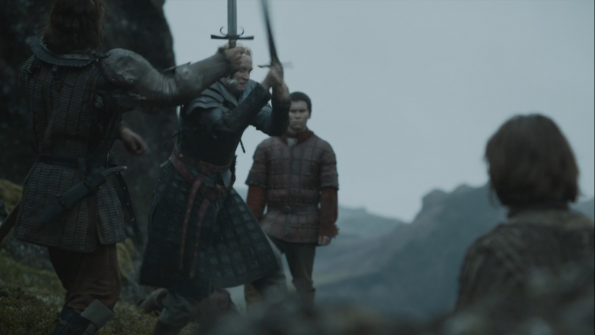 5. Guardianships
Naming a guardian for children who are minors is essential, but perhaps even more important is notifying the potential guardian and others of your intentions to avoid conflicts in the future. In Season 2, Lady Catelyn Stark asks Brienne of Tarth to secure the safety of her daughters. Unfortunately, she didn’t think to write it down or draft a letter of instruction on how to accomplish the task, so when Brienne and Podrick stumble upon Arya and the Hound in Season 4 (after her mother’s demise), both are wary of Brienne’s promises. In the end, Arya escapes and Brienne is left bruised and frustrated. 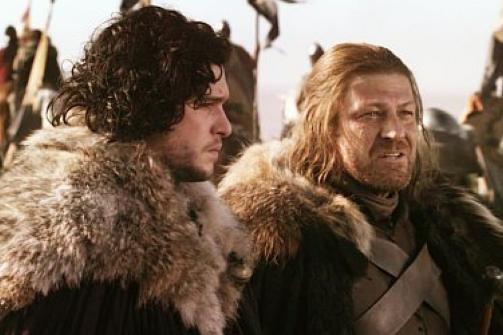 6. Talk About the Future
Kids need to know what’s in store. Especially since inheritance can be a loaded issue. Be as up-front as possible about your intentions, to help alleviate conflicts after you’re gone. Ned Stark made sure his children, particularly Jon Snow, knew where they stood while he was alive. In fact, Stark sent Snow to live at the Wall, knowing his son would have a place within the ranks of the Night’s Watch. 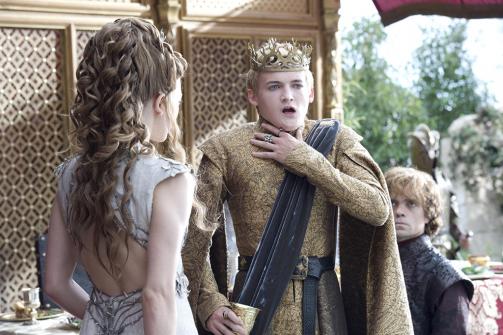 7. Keep Your Plan Up to Date
An estate plan isn’t something that can be done once and then put in a drawer and forgotten. It has to be constantly updated and re-evaluated because laws, and people, change. Or die. And they die a lot in “Game of Thrones.” When (Season 4 spoiler alert) Joffrey dies of poison on his wedding day, his younger brother Tommen is slated to take over as the new king. But what happens if Tommen also dies (as predicted)? Someone should make sure that some King’s Landing scribes have been set to work on a solution … just in case. 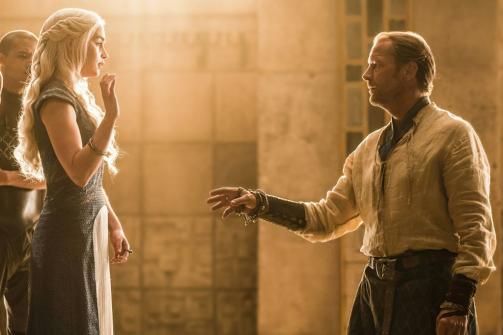 8. Trust Is Hard to Earn and Easy to Lose
Even the very best advice is worthless if you refuse to listen. Advisors must work hard to earn your trust, through patience and competence, and be constantly vigilant of how fleeting said faith can be. This struggle is illustrated in the show when Daenerys learns that her closest advisor, Jorah, had previously spied on her. Though no harm ultimately came from his indiscretion, she sent him away nonetheless. He could no longer be trusted. 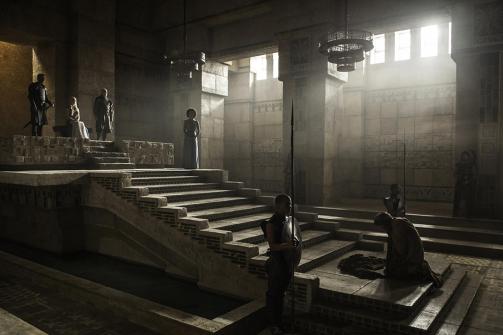 9. Managing Wealth Can Be More Difficult Than Amassing It
Often we can become so focused on making money that we ignore certain dangers that can siphon it away even faster than we can earn it. In the context of estate planning, the risks of loss are greatest in times of transfer, be it wealth transfer, through gifts or bequests, or power transfer, through a succession event. If these scenarios aren’t properly planned and executed, a lifetime of work can be undone in an instant. Daenerys is currently learning this lesson as, after finding such success liberating the various cities of Slaver’s Bay, she’s struggling mightily now that she’s attempting to settle in and actually rule the city of Meereen. 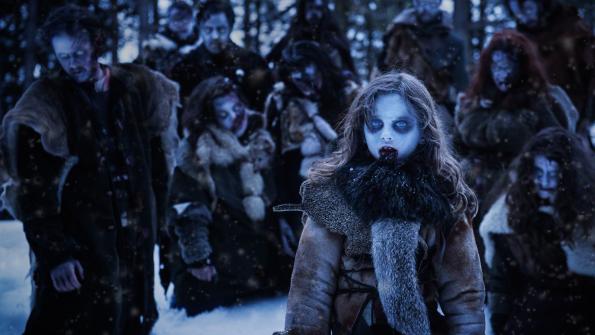 10. Keep Things Flexible
The only certainty in life (other than death) is change, and estate planners need to equip their clients with the tools to deal with change when it inevitably occurs. Though it’s tempting to try and include language addressing every possible eventuality, this impulse is both impossible to accomplish (you’ll always miss something) and actively destructive, because the more hard-line rules are baked into an estate plan, the less flexible it becomes. For documents meant, in many cases, to reach far into the future, inflexibility is a fatal flaw. The best plans manage to walk the difficult tightrope of covering as many bases as possible while somehow not becoming prescriptive. The characters in “Game of Thrones” have plans for seemingly every eventuality. Yet none are prepared for the impending threat represented by the White Walkers, which dwarfs their petty succession squabbles. It would have been ridiculous for them to anticipate the possibility of a frozen zombie invasion, but their plans will have to survive one nonetheless.